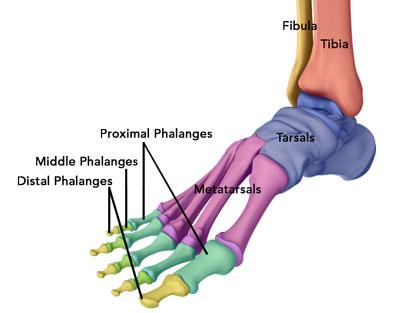 Bones of the Ankle

The ankle joint connects the leg with the foot and is composed of three bones: tibia, fibula and talus. The tibia or shinbone and fibula or calf bone are bones of the lower leg which articulate with the talus or ankle bone, enabling up and down movement of the foot.

Three bony bumps present on the ends of the tibia and fibula form parts of the ankle joint:

Bones of the Feet

The foot acts as a single functional unit, but can be divided into three parts: the hindfoot, midfoot and forefoot.

The hindfoot forms the ankle and heel and is made up of the talus bone and calcaneus or heel bone. The heel bone is the largest bone in the foot.

These bones are connected to five metatarsal bones of the forefoot, which form the arch of the foot for shock absorption while walking or running. The forefoot is also made up of the toes or digits, formed by phalanges, three in each toe, except the big toe, which has only two phalanges. The big toe has two additional tiny round sesamoid bones in the ball of the foot, which help in upward and downward movement of the toe.

There are 33 joints in the ankle and foot. They include:

The joints of the foot and ankle provide stability and support the weight of the body, helping you to walk or run, and to adapt to uneven ground.

The joint surface of all bones of the ankle and foot are lined by a thin, tough, flexible, and slippery surface called articular cartilage, which acts as a shock absorber and cushion to reduce friction between the bones. The cartilage is lubricated by synovial fluid, which further enables smooth movement of the bones.

Soft Tissues of the Ankle and Foot

Our feet and ankle bones are held in place and supported by various soft tissues such as cartilage, ligaments, muscles, tendons and bursae.

Cartilage is the flexible, shiny, smooth tissue on the ends of bones that meet to form a joint. Cartilage provides cushioning between the bones allowing smooth movement.

Ligaments are tough rope-like tissue that connect bones to other bones, and holds them in place providing stability to the joints. The plantar fascia is the largest ligament in the foot, originating from the heel bone to the forefoot, it extends along the bottom surface of the foot and is involved in maintaining the arch of the foot. The plantar fascia ligament stretches and contracts to provide balance and strength to the foot. Lateral ligaments on the outside of the foot and medial ligaments on the inside of the foot provide stability and allow up and down movement of the foot.

The foot is made up of 20 muscles, which help in movement. The main muscles include:

Tendons are soft tissues that connect muscles to bones. The largest and strongest tendon in the foot is the Achilles tendon, present at the back of the lower leg around the heel bone. Other tendons include peroneal and anterior and posterior tibialis. 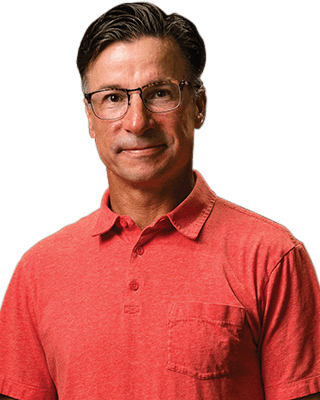 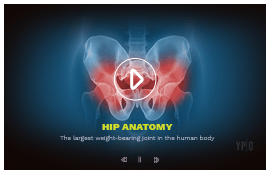